Carvings by Clyde Drew in moose bone and antler that capture the imagery of Mi'kmaq culture.

Clyde Drew is a Mi'kmaq artist living in St. Alban’s, Newfoundland and Labrador.  The beauty and powerful imagery of his work comes from the songs and stories of his people which he learned from childhood in his home town of Conne River.  He began carving in his mid 30s first using wood, chain saw and chisel. Later he switched to moose and caribou antlers and whalebone. What started as a hobby turned into a lifelong passion and livelihood. 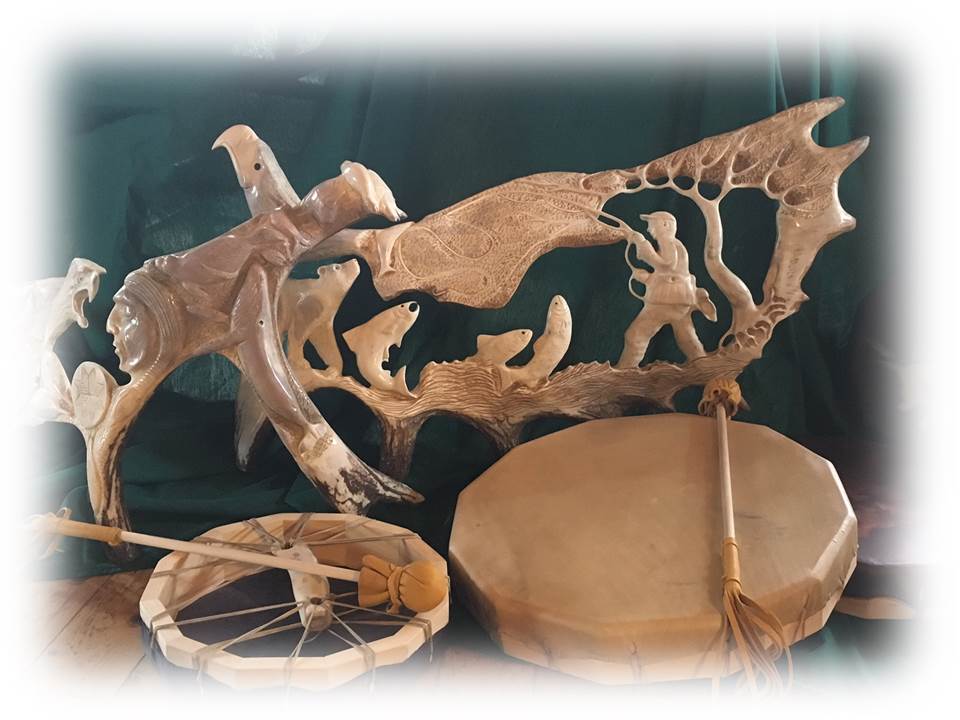 Clyde creates a three dimensional world of spirits and natural forms that have captivated both Canadian and international collectors. The intricate detail in his sculptures is absolutely amazing.

His carving skill has taken him across Canada, to parts of the United Sates, England and Norway.  He has attended craft shows in his home province, Newfoundland and Labrador, Toronto, Ottawa, Scottsdale, Arizona; London and in Norway. Some of his work is exhibited at the Art of Man Gallery in Victoria, British Columbia, which focuses on tribal art. The gallery, located in the historic Empress Hotel, carries one of North America's most extensive displays of Canada's finest native art.